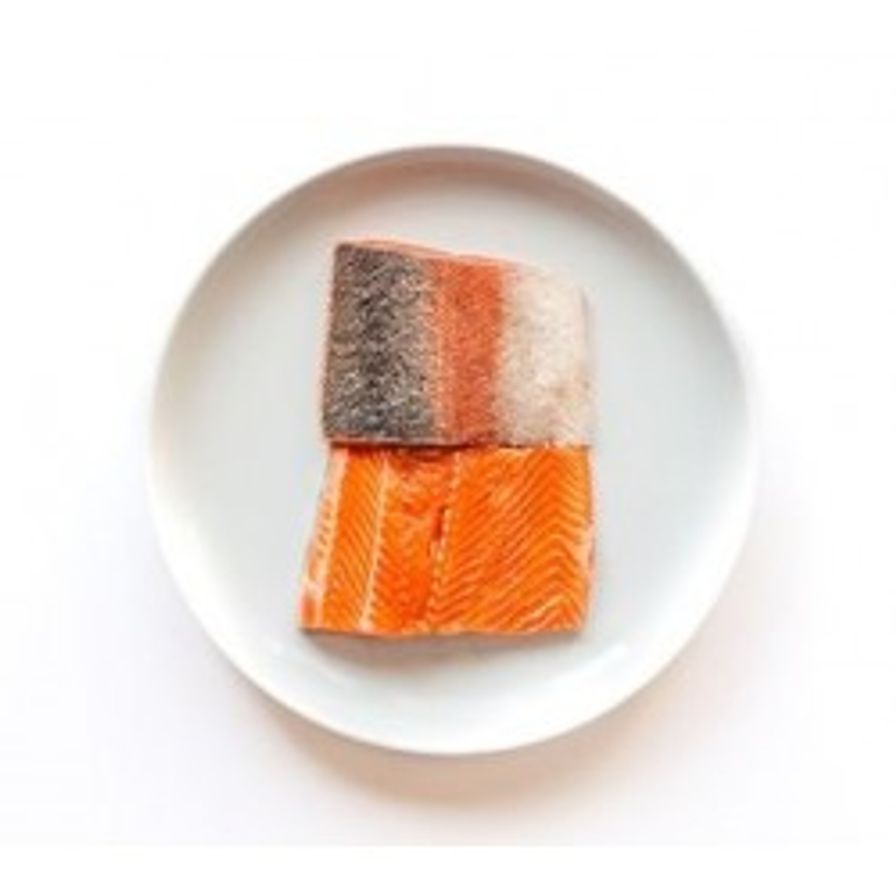 Fish Facts: Easily recognized by its dark olive color, black spots, and silvery belly. Steelhead Trout and Rainbow Trout are in the same family, however, there are a couple major differences. Some differences include fish anatomy as well as its ability to adapt to certain environments. For example, Steelhead Trout are anadromous, meaning they can live in both fresh and salt water whereas Rainbow Trout can only thrive in freshwater. Also, Steelhead Trout are capable of surviving a wider range of water temperatures. These fish are highly sought after commercially as well as recreationally.

Taste/ Cooking: The flavor of Steelhead Trout is said to be similar to both Rainbow Trout as well as Salmon. Steelhead carries a milder fish flavor than Salmon as it is less oily. Its texture is delicate consisting of medium sized flakes. Common methods of preparation include aking, pan frying, broiling, and poaching. Steelhead Trout would pair well with our Jamaican Jerk, Japanese Togarashi, Cajun, and Garlic & Dill seasoning, as well as many more.