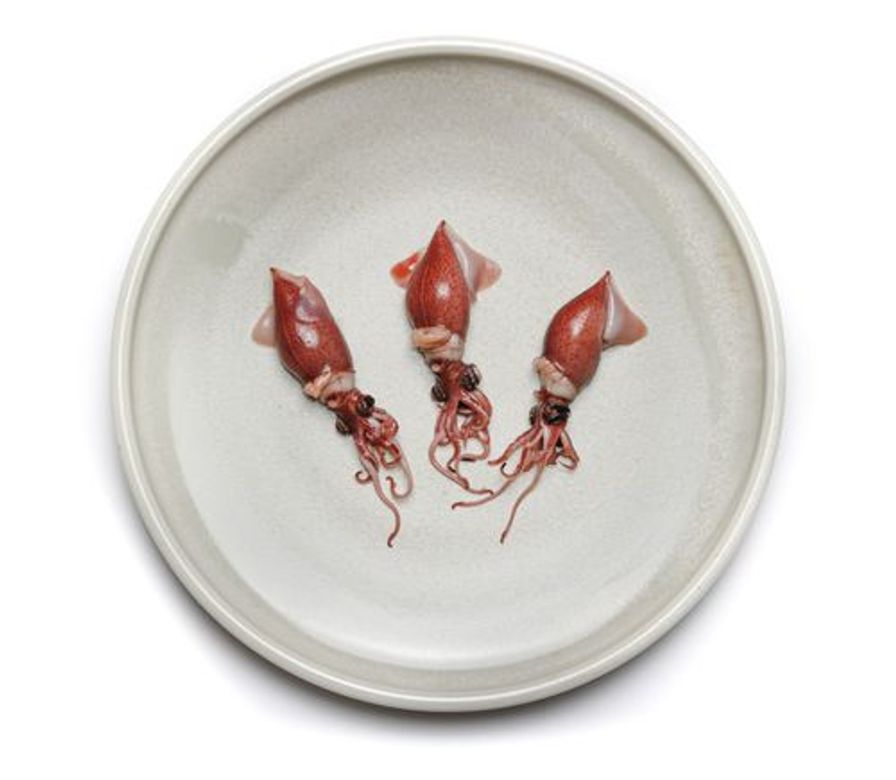 Food Facts: Firefly Squid is also known as Sparkling Enope Squid or Hotaru Ika in Japanese. This famous squid is found in the extreme depths off the coast of Toyama, Japan and are highly regarded as a culinary delicacy. Known for its ability to glow in the dark, Firefly Squid have an extremely unique, rich flavour with juicy plump meat. This delicacy is in season now and only available until April.

Taste and Cooking: The squid arrive pre-blanched in light salt water. This allows them to keep longer without going bad. To prepare for consumption is it important to start by using a tweezer or your hands to gently pull out the spine from underneath the body. Use a firm grip to pull it out slowly in one piece. Then you can pull out both eye balls and beak, which is tough to eat. Finally, you can eat it as is, with or over rice in a nigiri style, along with some soy sauce and wasabi.