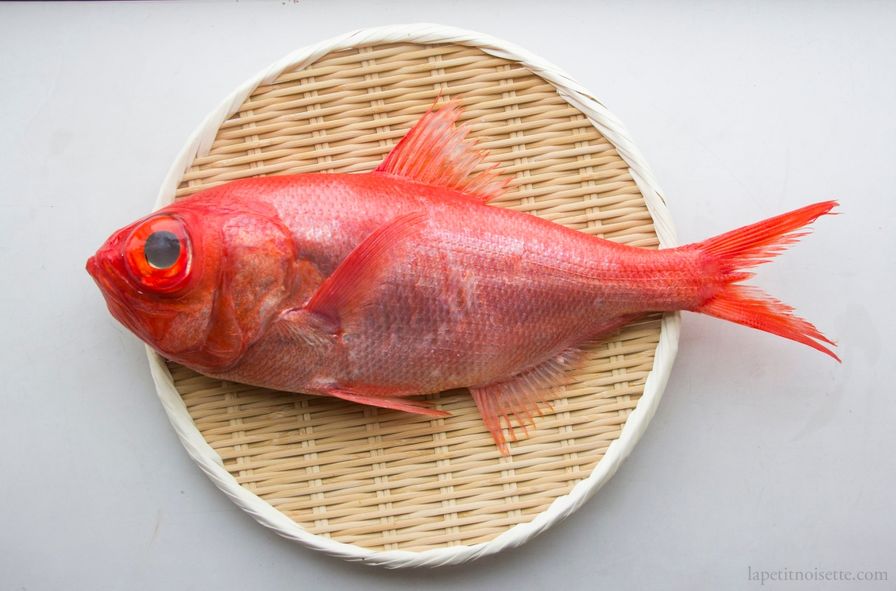 Order by Monday to get it on Thursday

Order by Monday to get it on Friday

Order by Monday to get it on Saturday

Pre Order By Monday Night For Availability Thursday to Saturday*

Fish Facts: Kinmedai, also known as Akoidai (in Nigata), or Akagi (in Kanagawa), literally means Golden Eyes Tai in Japanese. Normally, Kinmedai seems to have a transparent eyeball, but depending on the angles and the amount of light, the eyes glow a golden colour. Kinmedai's eyes are big, helping it to live in deep oceans, where light is hard to reach. The meat around those eyes is an excellent part for simmering. Kinmedai shares the same name with Seabream – Tai/Madai, but in fact, those fish have no relationship. However, in some cases, especially in festivals and celebrations, Kinmedai is used as a substitution for Madai.

Taste/Cooking: Kinmedai has a soft, white meat that is considered great for simmering, aburi (torched), raw, and especially great for hotpot.