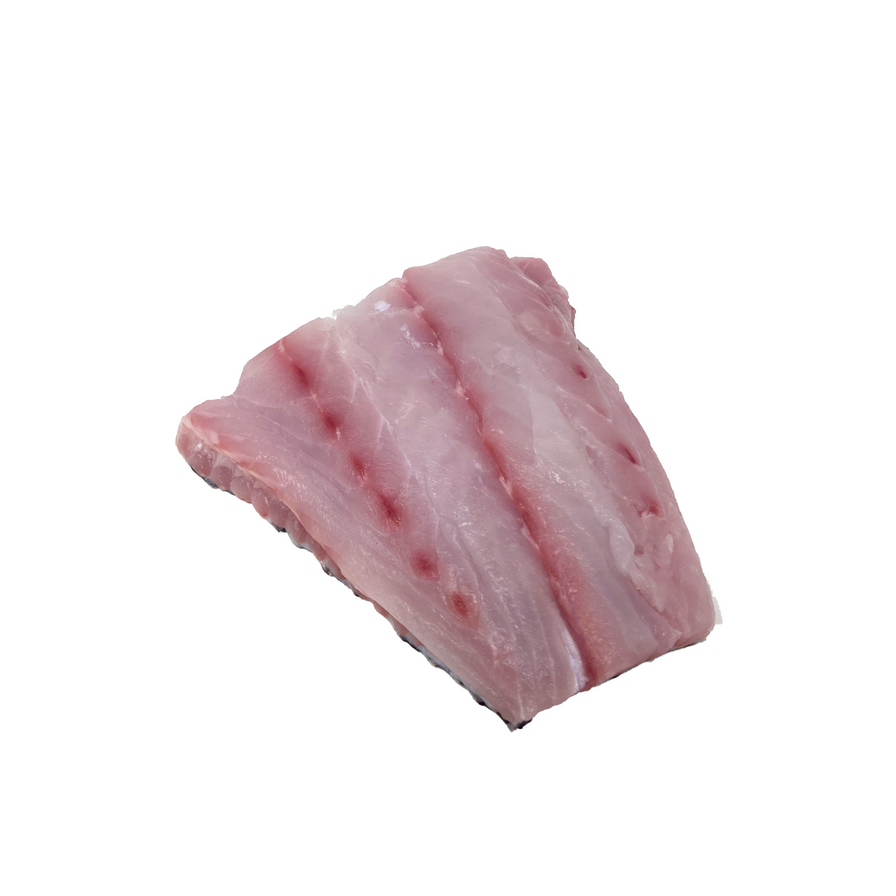 Origin: Caught Off the coast of Massachusetts

Taste/Cooking: Red Grouper’s flesh is lean, moist, and light consisting of large flakes of meat. Its flavour is often compared to that of European Seabass and Halibut. Light in fish flavour with a hint of sweetness to finish off. Its subtle flavour allows the fish to absorb aromatics from added dressings or marinades. This fish’s high oil content also allows it to retain moisture when cooking. Common methods of preparation include pan searing, baking, broiling, and grilling. This fish would pair well with our House Fresh Herb Mix, Garlic & Dill, Cajun marinade, as well as others.