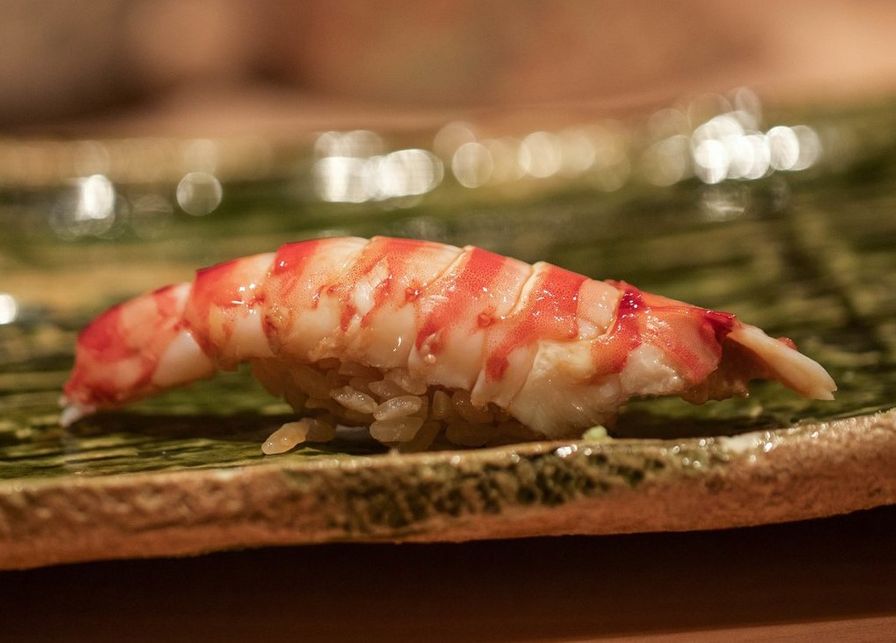 Head On, Shell On

Tiger Prawns are known for their large size and extremely sweet taste. Kuruma

Ebi is wild caught in Japanese waters and then processed in China. Kuruma Ebi

Taste/Cooking: Kuruma Ebi has a sweet taste and firm texture. It is best served raw or boiled. To serve the shrimp raw, after defrosting it is recommended to give the shrimp a light rinse in water before peeling the shrimp. The heads can be set aside for cooking while the meat can be eaten raw. High End Sushi Chefs also prepare Kuruma Ebi shrimp by boiling it which enhances the sweet flavour of the shrimp. When preparing the shrimp to boil, Chefs will make slices along the ventricle and attach the shrimp to a skewer. This prevents the shrimp from bending while cooking.